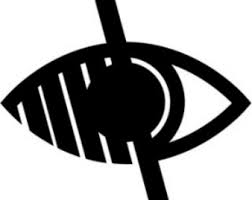 Our Vision at Corporation Road

At Corporation Road, we believe that by studying science, children will develop a sense of the world around them and how it works. We aim to use science as a tool to help children work together and begin to build the collaborative skills that they will continue to use as they grow older.

Our curriculum aims to teach our pupils about the natural world as well as imparting the knowledge that they can take into their secondary education. We strongly believe that learning is better when it is kept simple and through discussions, demonstrations, experiences and ‘hands on’ learning’, children will be better prepared to retain the knowledge and skills that they have been taught.

The end-point for physics is that children know that it is the study of things around them as well as energy and forces. Children should name and be able to identify the eight planets of the solar system. From their learning, children will understand the force of gravity and as well as how other forces work on objects moving through the air, water and along a surface. Our children will learn how to create simple circuits and understand key terms such as current and voltage. Finally, children will have a working understanding of light and sound.

The end-point for chemistry at Corporation Road is for our children to understand that it is the study of what everything is made of and how it works. We want children to be able to understand the difference between a solid, a liquid and a gas and be able to name examples of them independently. Children should know the names of different physical properties of materials and identify how this can impact on how a material is used in everyday life. Finally, children should know how these different materials help during physical processes.

The end-point for biology at Corporation Road is for our children to understand that it is the study of life and living things. We want our children to be able to name a range of animals and plant life from their local environment but also the wider world.Building upon this, children will also be able to know the difference between vertebrates and invertebrates and be able to identify them and their features. Additionally, through their studies, children should understand the concept of adaption andwhy itis important for a species to survive. Finally, we want our children to understand evolution and be able to give examples where this has taken place in an animal or plant species.

The end-point for working scientifically involves the children being able to apply a number of skills when completing an experiment or an investigation independently. These skills involve the children being able to take accurate measurements when using different scientific equipment. When explaining their findings, children should be able to use the correct scientific language to demonstrate their understanding. For children to develop as scientists, they will be able to identify the dependent and independent variables and understand what these terms means. Finally, they will be able to have the knowledge and ability to record data and results using the appropriate recording tool.

During years 1 and 2, pupils should be taught to use the following practical scientific methods, processes and skills through the teaching of the programme of study content:

During years 3 and 4, pupils should be taught to use the following practical scientific methods, processes and skills through the teaching of the programme of study content:

During years 5 and 6, pupils should be taught to use the following practical scientific methods, processes and skills through the teaching of the programme of study content:

This website uses cookies, or tiny pieces of information stored on your computer, to verify who you are when you are logged in to the administration area.

Cookies are used by WooCommerce in a variety of ways.

Cookies depend on specific features that are enabled on a store. The cookies are active when a user interacts with one of these features or to allow admin functions to be performed from within the store’s dashboard (/wp-admin).

Details are provided in tables below, listing various cookies that are set for users of stores with the WooCommerce plugin installed.

To help you understand which cookies the Wordfence plugin sets, when installed on your WordPress site, we have provided the guide below. Wordfence currently sets three cookies and we explain what each cookie does, who will have the cookie set, and why the cookie helps secure your site.

What it does: This cookie is used by the Wordfence firewall to perform a capability check of the current user before WordPress has been loaded.

Who gets this cookie: This is only set for users that are able to log into WordPress.

What it does: This cookie is used to notify the Wordfence admin when an administrator logs in from a new device or location.

Who gets this cookie: This is only set for administrators.

How this cookie helps: This cookie gives site owners a way to allow certain users from blocked countries, even though their country has been blocked.

Some links and resources are provided below to assist your understanding of the types of cookies you may encounter.

Most web browsers allow some control of most cookies through the browser settings. To find out more about cookies, including how to see what cookies have been set and how to manage and delete them please visit http://www.allaboutcookies.org/.

For detailed information on the use of cookies within the WordPress ecosystem please visit https://codex.wordpress.org/WordPress_Cookies

Any changes we may make to our Cookie Statement in the future will be posted on this page.

We regard your privacy as important and any personal information you give to us will be used in accordance with the Data Protection Act 1998 and the General Data Protection Regulations.

Any information you provide will only be used for the reasons specified and it will not be shared with any third party without your consent, unless required by law.

Your contact details are kept securely and are only accessed by authorised members of staff as part of the provision of school services. If you do not wish us to keep this contact information please tell us.

This website uses Google Analytics which provides statistical data about the usage of the site. This information is not used to identify individuals, but is collected to provide us with an understanding of the areas of interest on our site and how our site is being used.

If you are connected to the internet you will have an IP Address. This may take the form of a figure, such as 333.333.22.1. The address will be automatically collected and logged as part of the connection of your computer to our web server and may be used to determine the total number of visits to each part of the site. This data is not collected and used for other purposes.

This website contains links to other websites. The School is not responsible for the privacy practices of other sites or organisations and recommends you consult the privacy information on those sites.

If you have any questions about the use of your personal information, the Information Commissioner is the independent regulator for both Data Protection and Freedom of Information.